The Sixth Conference of International Consortium for Social Well-Being Studies was held in Taipei city, Taiwan, on 17-18 October, 2019. The main theme of the academic conference was ‘Comparative Well-being in East and Southeast Asian Societies’. Scholars and researchers from 7 Asian countries including Mongolia have participated and presented their papers during the conference and held discussion about the well-being issues of each countries.

At the conference representatives from IRIM have presented results from the ‘Social Well-being Survey of Mongolia’ which has been initiated and organized by IRIM since 2016. In particular, research manager Dashzeveg Lkhagvanorov and researcher Tuvshintugs Dekhchinjav gave presentation under the topic of the ‘Well-being of Single Parents in Mongolia’. 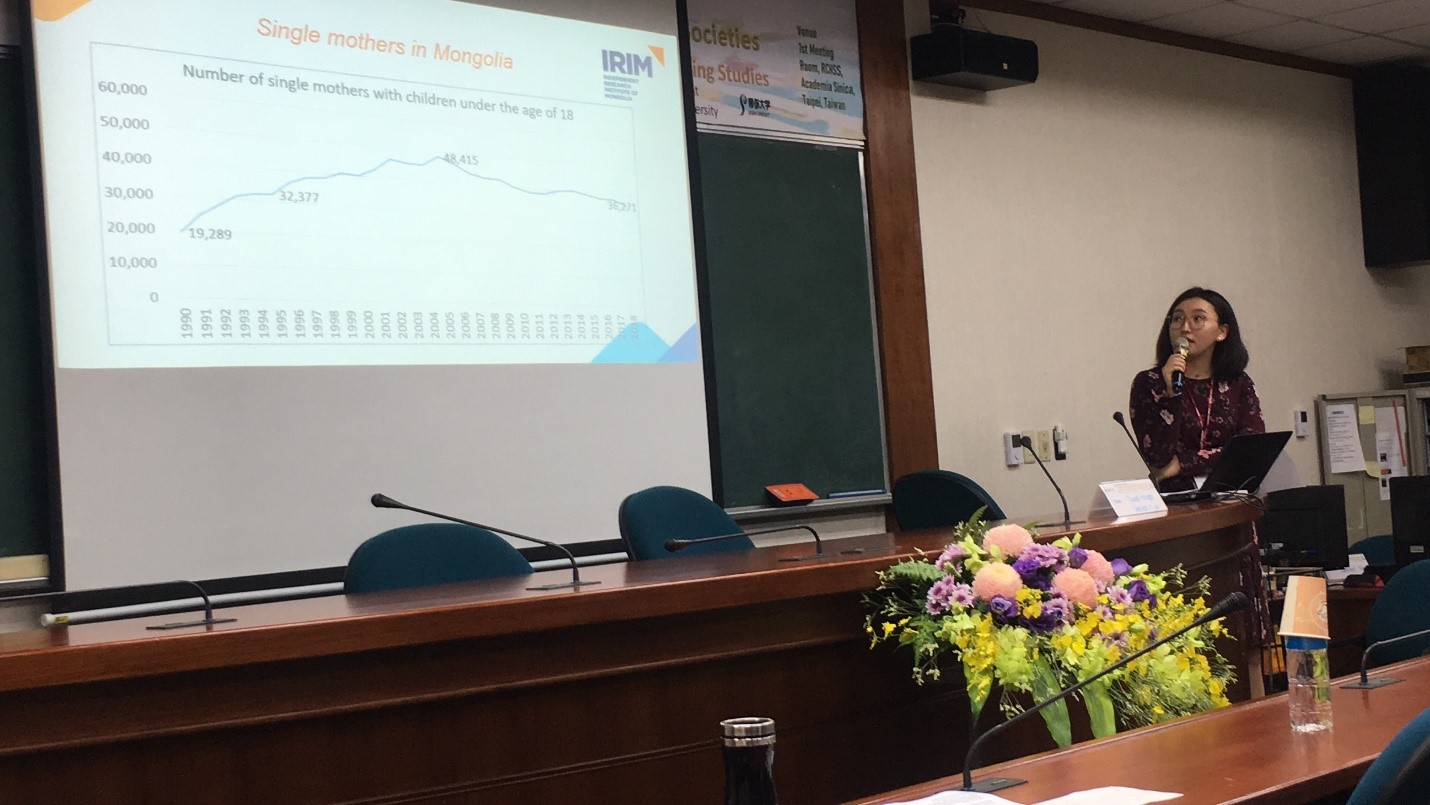 IRIM became a member of the International Consortium for Social Well-being Studies in 2016 and has been actively participating in the international conferences. As an active member, IRIM will remain committed to further contributing to the academic exchange on social well-being. In addition, we are pleased to convey that it would be welcomed to if you like to see articles and results of the Social Well-being Survey of Mongolia and cooperate with us in this regard.